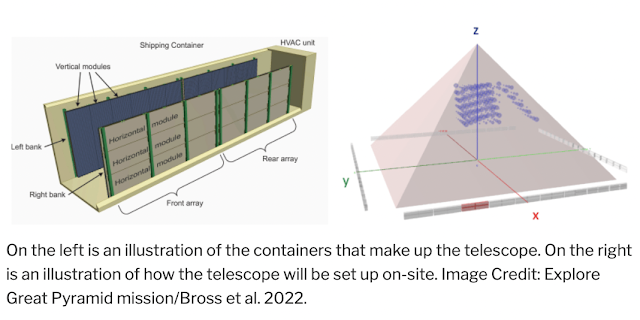 Résumé proposé par la mission EGP (The Exploring the Great Pyramid)
"The pyramids of the Giza plateau have fascinated visitors since ancient times and are the last of the Seven Wonders of the ancient world still standing. It has been half a century since Luiz Alvarez and his team used cosmic-ray muon imaging to look for hidden chambers in Khafre’s Pyramid. Advances in instrumentation for High-Energy Physics (HEP) allowed a new survey, ScanPyramids, to make important new discoveries at the Great Pyramid (Khufu) utilizing the same basic technique that the Alvarez team used, but now with modern instrumentation. The Exploring the Great Pyramid Mission plans to field a very-large muon telescope system that will be transformational with respect to the field of cosmic-ray muon imaging. We plan to field a telescope system that has upwards of 100 times the sensitivity of the equipment that has recently been used at the Great Pyramid, will image muons from nearly all angles and will, for the first time, produce a true tomographic image of such a large structure.(...)
The Exploring the Great Pyramid Mission takes a different approach to imaging large structures with cosmic-ray muons. The use of very large muon telescopes placed outside the structure, in our case the Great Pyramid of Khufu on the Giza plateau, can produce much higher resolution images due to the large number of detected muons. In addition, by moving the telescopes around the base of the pyramid, true tomographic image reconstruction can be performed for the first time. The detector technology employed in the telescopes is well established and prototyping of specific components has already begun. Initial simulation results for the EGP Mission provide convincing evidence that the concept can provide powerful new insight into structural details of the Great Pyramid of Khufu. We have shown that all of the known structure (exclusive of the air shafts) can been seen in our 2D reconstruction in addition to the “New Big Void” and a hypothetical second King chamber put into our model. Initial results with the application of full tomographic reconstruction show the expected improvement over 2D reconstruction, but the reconstruction is still under development. We expect that full implementation and optimization of the tomographic reconstruction will improve the imaging capability of the EGP telescopes further."
L'article "Tomographic Muon Imaging of the Great Pyramid of Giza" : https://arxiv.org/pdf/2202.08184.pdf
Articles publiés sur cette mission : 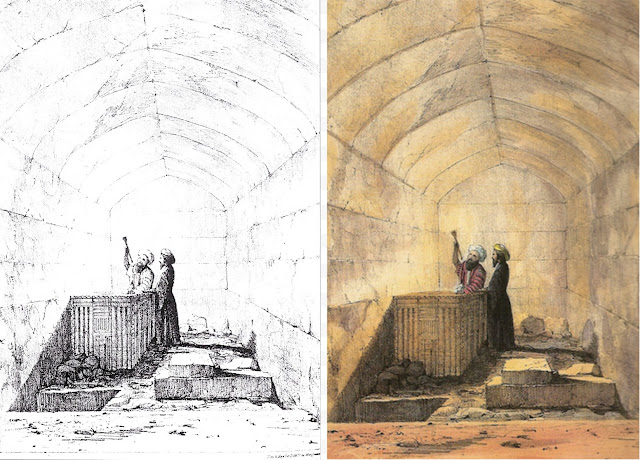